Aquatica Bath USA +1 (866) 606 2782 13450 SW 126th St, Miami, FL 33186, USA
Whether you bathe in a vintage bathtub, clawfoot tub, or stone bathtub, see it as a form of therapeutic treatment. People have been taking baths as a form of therapy for a long time. For thousands of years, healers across the world have prescribed baths for a host of ailments, including kidney stones, tuberculosis, back pain, and pneumonia. Indeed, taking a soak has long been viewed as beneficial.

Spa from antiquity to present day

Whether you bathe in a vintage bathtub, clawfoot tub, or stone bathtub, see it as a form of therapeutic treatment. People have been taking baths as a form of therapy for a long time. For thousands of years, healers across the world have perscribed baths for a host of ailments, including kidney stones, tuberculosis, back pain, and pneumonia. Indeed, taking a soak has long been viewed as beneficial.

In ancient Greece, the citizens would visit the temple of the healing god Asclepius whenever something was ailing them. The healers would often prescribe baths as treatment. Hippocrates, the ancient Greek physician, would recommend baths to his patients, with the temperature varying according to the ailment.

We all know the image of the vintage clawfoot tub, but long before those, public baths were quite common. Ancient Rome is famous for its public bathhouses, which were popular for centuries. At the height of the Roman Empire, Rome had over 1,000 public baths. Soaking in baths was particularly popular in ancient Rome after Emperor August, who reigned from 27 BC to AD 14, was cured of a mysterious illness by taking a series of baths.

Rome wasn’t the only place where therapeutic public baths were popular though. Turkish baths are popular in Turkey, as they were in the 15th century during the reign of the Ottoman empire. This style of public bath contains lots of steam, and also a source of cool water to douse yourself with. These spaces were also a place for socializing with other men or women. Turkish baths are also found in Cyprus, Egypt, Hungary, Syria, India, and Morocco.

In ancient times, baths in the Islamic world were used for both spiritual and healing purposes. The Persian Rhazes recommended baths for treating measles and smallpox. It was also believed that consumption (the term used for tuberculosis) could be cured by soaking in seawater. 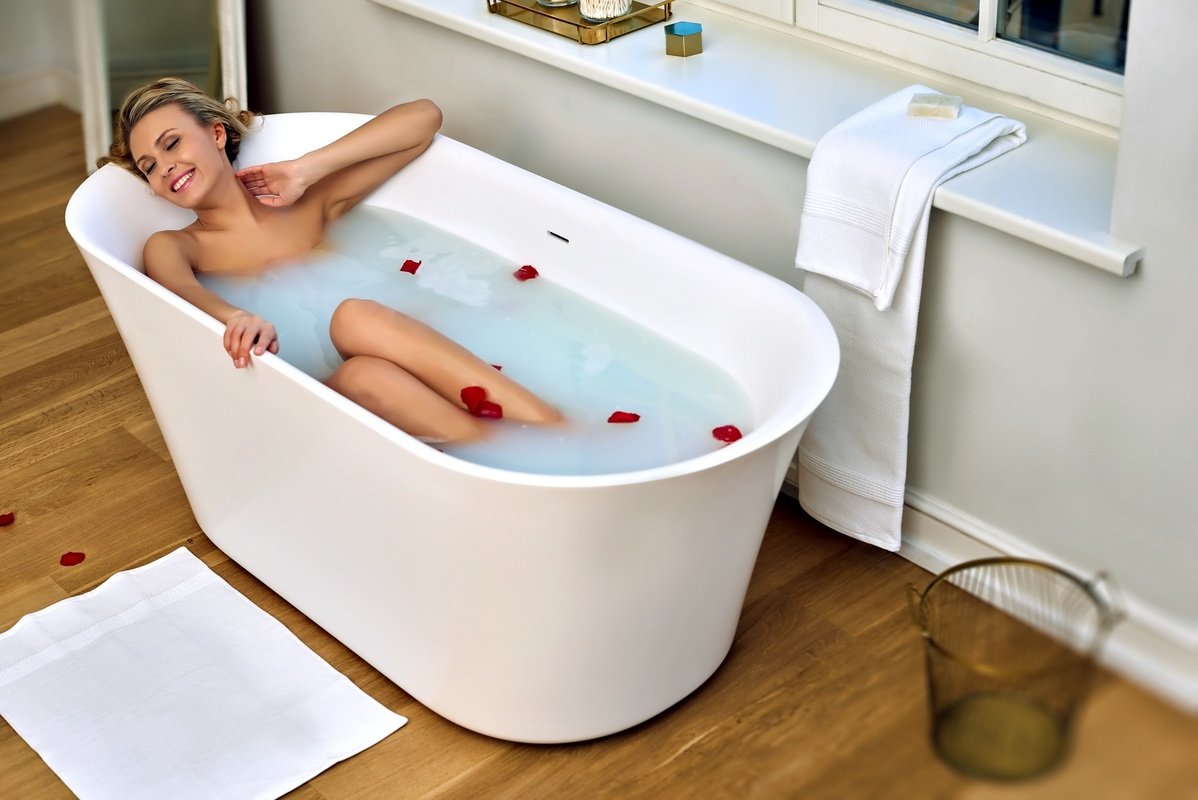 In China, the art of Chinese herbal medicine has been used since antiquity. This often involves adding dried healing herbs to a bath for the patient to soak in. This practice of herbal bathing is recorded as early as the Zhou dynasty (1100-221 B.C), when people began using the herb eupatorium to get rid of body odor. In fact, adding herbs and spices to baths was common practice in many cultures, including early European societies and among tribes in North America.

During the Renaissance, public bathing experienced a rebirth in Europe after a long suppression by the Catholic church. By then, people were starting to call them by the name “spa” (which some accounts say was derived from the Latin phrase “sanus per aquam,” or “health through water”). Bathing in mineral rich, natural spring water was popular throughout Europe, including in Bath, England where the waters were said to cure colic, paralysis, rheumatism, and other diseases. In Vichy, France, the waters were said to cure paralysis.

During the 18th and 19th centuries, European immigrants to America brought their love of therapeutic bathing to the new land. They established spas such as the one at Berkeley Springs in West Virginia, Calistoga in California, and Saratoga in New York. These healing springs received flocks of visitors every year, and the American spa experience was born.

The advent of spas in the United States spawned the trend of installing deep soaking bathtubs in the home, especially since the majority of American spas today are “day spas” that usually have no place to soak. It’s not uncommon to find a spa-like stone bathtub in the average home, or a vintage bathtub perfect for relaxing in. You might be inspired to get your own natural stone bathtub or vintage bathtub to enjoy in your home. The spirit of therapeutic spa-like baths is still alive today as it was in the ancient world. After all, even after thousands of years, the healing properties of water have remained the same.